NAACP branches in three California cities that have some of the state’s largest populations of black students are calling to end the charter school moratorium adopted by their national board in 2016. The San Diego, Riverside and San Bernardino branches have submitted separate resolutions to NAACP’s state board saying they oppose the moratorium, a move that breaks with the state organization’s education chair, Julian Vasquez Heilig, who was a driving force behind the national board voting in favor of the measure.

In an email obtained by LA School Report, Alice A. Huffman, president of the California Hawaii NAACP, told leaders in the three local branches that the state branch “has already taken a position of opposition and would appreciate it if you all would rescind your positions.” Huffman could not be reached for comment. The resolutions also come as California lawmakers are considering restricting charter schools in the state, a move that California NAACP supports.

Alice Huffman, the longtime president of the California-Hawaii NAACP, is also under fire for taking money from a campaign opposed to a rent control measure on November’s ballot after her organization voted to oppose it. Huffman was working as a paid consultant for one of the multimillion-dollar campaigns against the measure, according to the San Francisco Chronicle. The campaign against the measure is heavily funded by real estate players. Huffman’s personal political consulting business, is on pace to make $800,000 from the campaign. But she says the NAACP’s opposition has nothing to do with her consulting work. She was defiant in an interview with the Guardian on Monday.

“I don’t apologize for it,” Huffman said. “I don’t see it as a conflict of interest.” Huffman consulting firm AC Public Affairs took the contract a month after the state NAACP’s 28-member executive committee surprised many and voted to oppose passage of Proposition 10, according to the Chronicle. Passing Proposition 10 would repeal 1995’s Costa-Hawkins Rental Housing Act, which barred new rent control laws across the state. It would allow local governments to pass sweeping new rent control laws, which could hurt the bottom lines of investors. But opponents also argue new rent control would make it harder to build and lead to less residential development, worsening the state’s housing crisis. All of the top 10 contributors against the measure are involved in real estate. They include Equity Residential, which has spent at least $3.7 million to fight the measure; Blackstone Group, which has spent $3 million; and Essex Property Trust, which has spent $2.4 million.

The charter moratorium adopted Wednesday by the San Diego branch’s general membership states that in the top 10 California school districts with the highest enrollment of African-American students — including San Diego, San Bernardino and Moreno Valley Unified in Riverside County — the average achievement gap on state test scores for black students is 14.5 percentage points in English and 15.2 percentage points in math. It also states that only 10 public schools in California with a majority African-American student enrollment fall in the top half of student performance statewide in English and math, and eight of them are public charter schools. Similar resolutions have been created in the Riverside and San Bernardino branches.

“We’re hopeful that it can be adopted in California, and then the national board will do their research and investigate the facts in order to look at this again from the perspective of what is really going on with the African-American students locally, statewide and nationally,” Christina Laster, education chairwoman for the Riverside branch, told LA School Report.

Laster said that the charter moratorium has been “a huge issue” within the organization. Her branch’s resolution had full support from their members, she said. “While in our branch there was not a vote, it was shared with our members and officers and there was no opposition. They were in full support.” She said every branch has different rules and her branch did not require a vote, but that San Diego’s did.

“By us coming out with the resolution, people can be aware that the moratorium is not helping our kids,” she said. “I believe they will now have a platform to voice their concern.” John Futch, president of the San Bernardino branch, said enough members of his group had approved the resolution for it to be submitted. “I understand that if it passes (at the state level) then it would be recognized by the national NAACP. That’s what we expect.” He added, “I have seen successful charter schools. And I have seen not very successful traditional schools. That’s a concern. As an advocate, you want what’s best for kids, sometimes you have to come out of the box.”

Vasquez Heilig, who is a professor at Sacramento State University, said the charter moratorium is the “national policy of the organization” and accused members of the individual branches of being paid by the California Charter Schools Association, specifically in Riverside. The association opposes the charter legislation now being debated in Sacramento. “This isn’t the first time that the charters schools association — and I’m sure it won’t be the last — is trying different strategies to influence this debate inside our organization,” Vasquez Heilig said. “But bottom line, the NAACP is a democratic organization, and there’s a long democratic process by which all the resolutions go through.” Laster denied that she was paid by the association to push the resolution.“I have never received one penny from CCSA. That’s insane,” Laster said. “What’s been missed here is that there’s an assumption that all parents need some kind of direction from an outside stakeholder to tell them what’s best for their children. We’re missing the whole dynamic of supporting parental choice. They are able to make their own decision. We don’t have the power to direct parental decision.”

Myrna Castrejón, the charter association’s president and CEO, said, “That’s a bag of goods. It sounds like NAACP branches are breaking ranks with the California State NAACP and national board. Everybody knows black students are the lowest-performing subgroup, other than students with special needs, and the system has done nothing to provide targeted supports. So it makes sense that NAACP branches representing regions of the state with the highest black student enrollment are crying foul on the charter school moratorium. They want quality options in the public school system. They want charter schools.”

The very visible split in California over the role of charter schools reflects ongoing tension and debate in the national ranks of the country’s most storied civil rights organization. In adopting the moratorium in 2016, the NAACP cited concerns about charter school accountability and transparency, how the schools were funded and whether that was diverting money from district schools and whether charters were expelling students, especially low-performing ones, that traditional public schools were obligated to educate.

After being among the most contentious debates at the 2016 and 2017 national conventions, the issue was not as great a priority at the 2018 gathering and appeared to be losing steam, some insiders said, partly because some local NAACP leaders were not behind it.

In California, however, the movement to curtail charter schools is on the rise. Four bills are moving through the California legislature. Assembly Bills 1505, 1506 and 1507 would limit charter schools in the state, and one would cap the number based on how many the state has by 2020. The bills, which have passed the Assembly Education Committee, also would grant local school districts sole authority over their approval. Another bill, SB 756, would impose a five-year moratorium on charter schools and passed its first policy hearing in the state Senate last month.

“I think it’s important that the NAACP has called for legislators in California and elsewhere to revisit charter schools,” Vasquez Heilig said. In opposing a charter school moratorium, the San Diego NAACP resolution notes that California has eliminated for-profit charters and recently adopted legislation to make charter school operations more transparent, including that they be subject to open meeting, public records and conflict-of-interest laws. Vasquez Heilig said the national charter moratorium was started by the San Jose branch when it submitted a resolution. Then, after a “democratic process,” it became national policy within the NAACP organization. 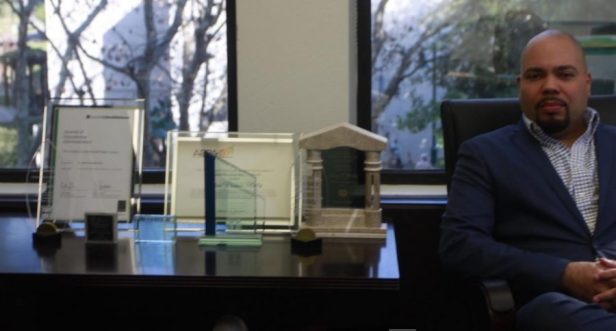 The three California branches are now taking the same path to end the moratorium. Laster said they are expecting to hear back from the state board by May 14. “They can approve it (the resolution) and send it to national, or they can reject it.” NAACP’s annual convention is July 20 in Detroit. LA School Report attempted to confirm the official process with the NAACP California Hawaii chapter but has not yet received a response.