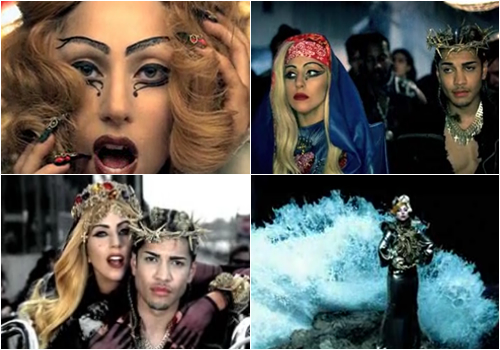 What’s in a name, really? I mean, besides a bunch of letters or sounds strung together to make a word. Does a rose by any other name really smell as sweet? Would the most famous love story in the world be as poignant if it was called Romeo and Gertrude? Why is what we call ourselves so important?   Julie Kagawa, Summer’s Crossing

W.C Fields said it best” It ain’t what they call you, it’s what you answer to”. A name is power and holds dignity. Jesus. Abraham, Hannah, Nathaniel, Candace Daniel, Emmanuel. Ancient civilizations were named after sons and son of sons of the patriarch Noah; Cush, Mizraim, Dedan, Sheba and this has extended to families and individuals last names stitched in American Society as pillars of this nation; Rockefeller, Carnegie, DuPont, Ford But it’s the Word of God, the most read and shared book known to mankind that says “A good name is rather to be chosen than great riches, and loving favour than gold and silver” proverbs 22:1.

Later we will examine names associated with righteous and unrighteousness; Daniel, Michael, #Abraham, Aza’zel, Diabolos, #Gaga, names that are rarely mentioned within the sanctuaries but are a symbolism for good and evil. In our generation, Christianity has been watered down and Christ ministry along with doctrines for the church wellness has been replaced with Gnostic practices and paganism. There was a time when individuals in the spotlight would run from anything related to satanic, evil and corrupt because branding and name recognition was very important to their image but now, many entertainers and athletes have totally abandoned their birth names such as rappers, for stage names and company brand names for individuals and ancient deities who left their mark upon the world, good or bad; Rick Ross, Rockefeller Record’s, 50 cent, Mazada but what compels individuals to choose names like lady Gaga or Rockefeller? We will investigate and you decide.

The power of persuasion is evident in marketing and advertising when media/entertainment is involved but a name can describe a individual or company wisdom, strength, knowledge even if the person or brand doesn’t possess those qualities. Parents in past generations would name their children after their kidnappers and people they idolized but today, I heard people name their offspring after cars and possessions or patriarchs of the Faith with the notion that the title will safeguard babies from paganism, subliminal satanic manipulation and sin.

Lady Gaga in a short time has reached name recognition that others in the music industry only dream of, but the woman who claims to be Catholic has produced videos riddled with occultist, satanic, Illuminati & Freemason/masonic symbolism. Is this a marketing agenda by her record label to target and reach demographics consisting of young kids and produce songs such as ‘pokerface’ (about oral sex) and lyrics like “I wanna take a ride on your disco stick” (penis), to seduce young venerable minds through her songs with perversion and occultist influences? Lady Gaga! Real name Stefani Joanne Angelina Germanotta, wow that is a mouth full, has 8 million followers on Twitter; is one of the highest grossing concert artist, and winner of many music award statues. Know I don’t know if Stefani made a oath to the fallen angel but somebody on the top tier have her back. Remember when I said a name gives power in the beginning, well lady gaga who took the name gaga from a Babylonian deity, uses subtle and not-so-subtle lyrics and imagery to push sex, homosexuality and paganism on a large platform called entertainment. Google her name and witness for yourself the blatant use of costumes with pagan horns, The horned goat, witches. The closed eye is used in the context of esoteric symbolism. Her left eye is in her hand, referring to the Hand of Fatima (evil eye). Also, one can’t ignore the resemblance with good ol’ Baphomet. 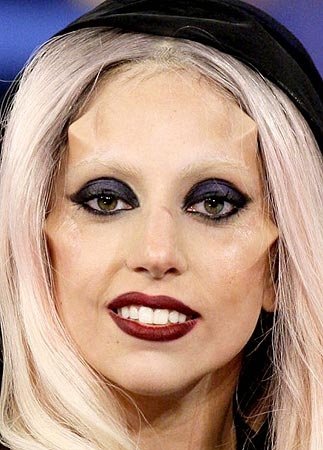 Lady gaga isn’t the only name in the music and entertainment industry to worship the exiled angel turned demon but she does appear to be the voice of #diabolos satanic message of sin over righteousness, sodomy over male/female marriage, disobedience over truth. There are plenty names that will be exposed in the secular and gospel industry that have mislead and corrupted many  in search of a religion suiting their lifestyle. She would like you to think this is not a religion but just music and entertainment to sell her brand, unlike Beyonce but it is! Lady Gaga has climbed down the dark rabbit hole where demons and #Satan himself dwells, so miss lady, it is a religion in defiance and contrary to the Word of God.

No other name in the rap industry has done what Jay z has done when it comes to hustling. Shawn Carter can write a autobiography about days of street hustling to corporate hustling and it would be a best seller. Unlike lady gaga and other entertainers, jay z flies under the radar with his agenda. Rumors are, he is affiliated with the masons but to speak the truth, when you are brown skin with pale backers and green $, it is just a matter of time before demons come calling on you.

This is where wisdom takes over and emotions disappear because media has portrayed satanists and paganism pale and light red skin but examine nimrod and the location and region where fallen angels descended. There is no time left to sink your head in the sand and keep thinking only Europeans worship Satan, because they have various skin pigment. Now back to #J HOVA, a twisted name for #Jehovah that a major denomination worship. If you are unfamiliar with the bible calling yourself GOD is a sin called blasphemy and is unforgivable.
“For though there be that are called gods, whether in heaven or in earth, (as there be gods many, and Lords many,)”
1 Corinthians 8:5. This is corruption and the same ego that led to Satan being ousted from heaven but quite true with those wielding great power born of man and making a great name for themselves on earth. He wrote a line in his song D’EVILS that he DOES NOT PRAY TO GOD and why would he if he think of himself as a god. There is evidence that when his song LUCIFER off the gray album is played backwards it says 666 MURDER MURDER JESUS! I have not played it since I report and you examine.

Before we discuss the hand signs he displays proudly, we have to examine his affiliation with the Masons which consists of fraternal organizations that trace their origins to the local fraternities of stonemasons, which from the end of the fourteenth century regulated the qualifications of stonemasons and their interaction with authorities and clients. The degrees of freemasonry retain the three grades of medieval craft guilds, those of Apprentice, Journeyman or fellow mason and master masons. There are additional degrees, which vary with locality and jurisdiction, and are usually administered by different bodies than the craft degrees.The idea of Masonic brotherhood probably descends from a 16th-century legal definition of a brother as one who has taken an oath of mutual support to another. Accordingly, Masons swear at each degree to keep the contents of that degree secret, and to support and protect their brethren unless they have broken the law. In most Lodges the oath or obligation is taken on a Volume of Sacred Law, whichever book of divine revelation is appropriate to the religious beliefs of the individual brother (usually the Bible in the Anglo-American tradition). In Progressivecontinental Freemasonry, books other than scripture are permissible, a cause of rupture between Grand Lodges.

The name mason, is also known for false worship since the primary purposes of Freemasonry is worship. That fact is clearly stated in the Declaration of Principles which is contained on pages 37-39 of the Indiana Monitor and Freemason’s Guide. Masons worship a god which they call the Great Architect of the Universe.  The symbol they have chosen to represent their god is the All Seeing Eye, which the Egyptians used to represent their pagan god, Osiris. Many Masons are well aware of the pagan connection. It is clearly stated in a number of Masonic monitors. Freemasonry teaches a false plan of salvation, Masons are not following in the teachings of Jesus Christ. 2 John 1:9 allows us to know that since they are not following in the teachings of Jesus, they do not have God.  Freemasonry is classic paganism.  1 Corinthians 10:20-21 allows us to know that the sacrifices of pagans are offered to demons, rather than God. Although we can say with certainty that the god of Freemasonry is a demon, we do not know specifically which demon Masons worship in lodge. We simply know that they refer to their demon as the Great Architect of the Universe, or GAOTU.  All demons are under the leadership of Satan.

WHEN MILLIONS OF PEOPLE THROW UP THE ROC SIGN AND FOLLOW LADY GAGA THEY ARE PRAISING AND WORSHIPING SOMETHING THEY DON’T EVEN UNDERSTAND…ITS SAD BUT ITS REALITY… MANY PEOPLE WILL TAKE THESE CLAIMS AS A JOKE WHICH IS EVEN SADDER. BEFORE WE LEAVE YOU WITH WISDOM TO DIGEST, HERE IS A LIST OF NAMES RIGHTEOUS AND UNRIGHTEOUS AND THEIR MEANING. FOLLOW SOLOMONSPEAK.ME TO STAY ENLIGHTEN AND GAIN KNOWLEDGE FROM THE WORD OF GOD THAT SPEAKS TRUTH…

From the Hebrew name אַהֲרֹן(‘Aharon) which is most likely of unknown Egyptian origin. Other theories claim a Hebrew derivation, and suggest meanings such as “high mountain” or “exalted”. In the Old Testament this name is borne by the older brother of Moses and the first high priest of the Israelites. He acted as a spokesman for his brother, and carried a miraculous rod. As an English name, Aaron has been in use since the Protestant Reformation.

ABRAHAM   אַבְרָהָם
This name may be viewed either as meaning “father of many” in Hebrew or else as a contraction of ABRAM (1)and הָמוֹן (hamon) “many, multitude”. The biblical Abraham was originally named Abram but God changed his name (see Genesis 17:5). He led his followers from Ur into Canaan, and is regarded by the Jews as being the founder of the Hebrews through his son Isaac and by the Muslims as being the founder of the Arabs through his son Ishmael. As an English Christian name, Abrahambecame common after the Protestant Reformation. A famous bearer was Abraham Lincoln (1809-1865), the American president during the Civil War

Gaga is a minor Babylonian deity featured in the Enûma Eliš. She is sent byAnshar to the forces of Tiamat with the formal announcement of Marduk‘s readiness to battle Tiamat.

The household product company was named for the arm and hammer of Vulcan, the Roman god of fire and metalworking.

Nike is named after the Greek goddess of victory.

We refer back to the Word of God because no other publications and writings gives mankind the insight and wisdom needed to make wise decisions concerning their path and walk while their soul liveth on earth. So while mankind was born with free will with options to either serve the true God “I Am” or serve other deities, disciples of Christ must examine everything claiming Christianity because a bad name can align you subliminally with Satan.